Skip to content
Mount Evans: A Road to the Sky

Mount Evans Scenic Byway: A Road to the Sky

As you wind your way up the highest paved road in North America – past rolling slopes, a mountain lake and meadows covered with wildflowers – you’ll arrive well above the treeline and 134 feet from the summit of Mount Evans. This allows daytrippers to experience a tundra landscape up close and personal. Also accessible via hiking, the tundra environment of Mount Evans offers a unique experience worthy of your bucket list.

Stately Mount Evans towers at 14,264 feet and is the 12th highest peak in Colorado. Notably, the mountain is visible from over 100 miles to the east, as well as many miles in other directions. One of 54 fourteeners in the state, Mount Evans dominates the Denver skyline and can be seen from south of Castle Rock (up to 65 miles south), as well as northward as far as Fort Collins (95 miles) and from points near Limon (105 miles east).

Fourteen miles into your journey, you’ll reach Echo Lake, nestled at 10,600 feet and a great place to stop for a picnic, explore hiking trails, take advantage of fishing opportunities or camp for the night at Echo Lake State Park.

Although 40 miles from Denver, Echo Lake is part of the city’s mountain park system, thanks to the actions of city officials 100 years ago when they realized that development was threatening scenic areas in the Rocky Mountains. 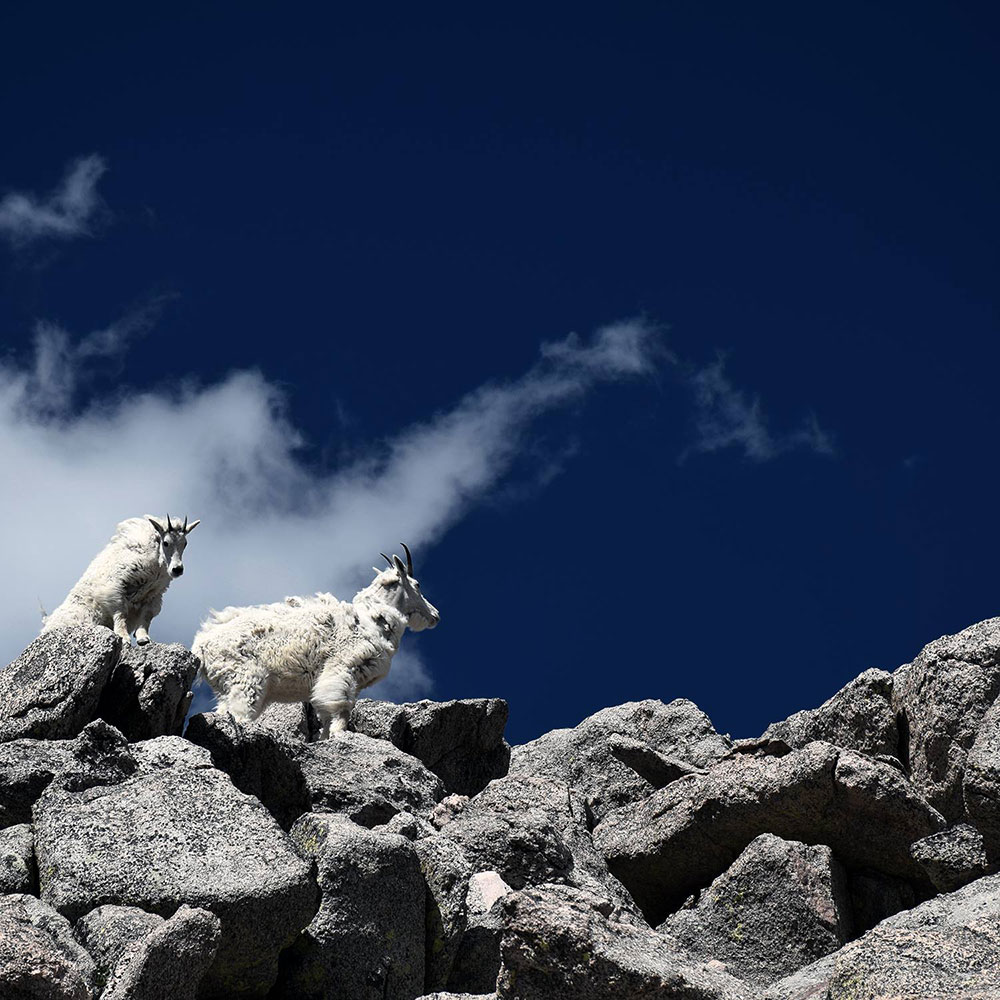 Mountain Goats on Mount Evans are Not Native to Colorado

In an effort to save such natural treasures as Echo Lake, officials purchased land and created a mountain parks division that would ultimately include Buffalo Bill’s grave atop Lookout Mountain and Red Rocks Park and Amphitheater. Today, Denver’s Mountain Parks system protects over 14,000 acres of natural beauty.

Along with Echo Lake, Mount Evans has been designated as a historic site by the American Physical Society since 2017. The designation commemorates the cosmic ray physics experiments conducted on Mount Evans between 1935 and 1960. Completed in 1931, the Mount Evans Scenic Byway runs a total of 28 miles and an elevation gain of 6,590 feet. 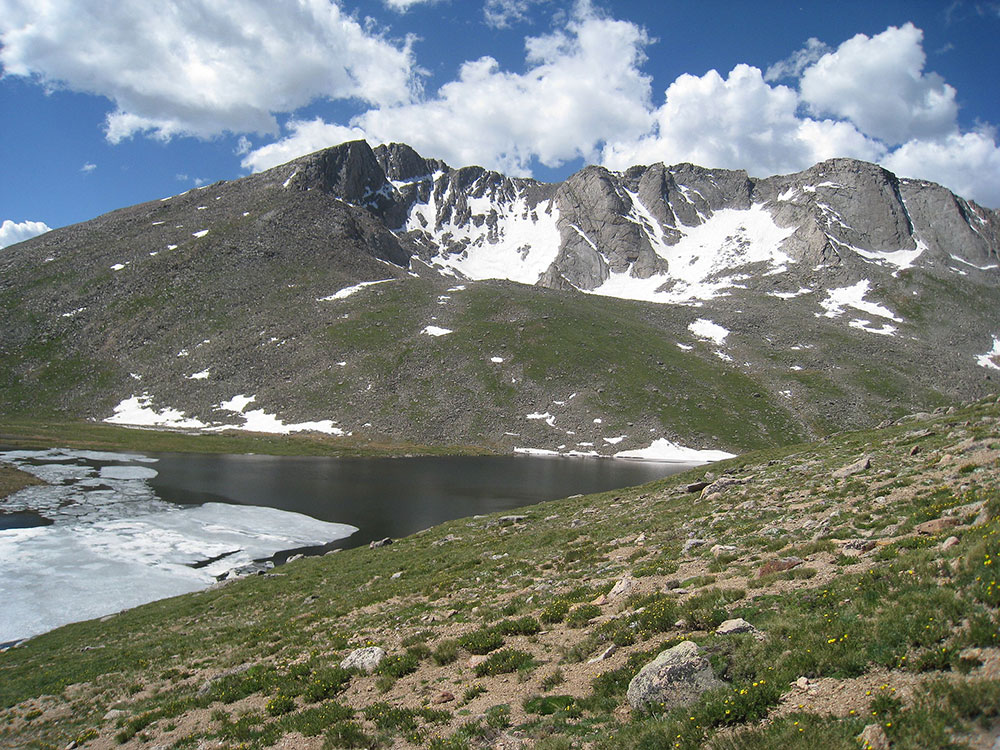 Other Stops Along the Way

For a bit of history, drop in at the Walter Pesman Alpine Garden, featuring 1,700-year-old Bristlecone pines that reach ages of 4,000 years in Nevada and California, where they counterintuitively fare better on severe, windy conditions.

The view from the summit of this historic peak is simply amazing, offering one of the greatest panoramic views in Colorado. Much of the state can be seen from the top of Mount Evans, from the Never Summer Range to the north to the Sangre de Cristo Mountains to the south. Due to yearly snowfall, the byway is generally only open to cars as far as the summit from Memorial Day to Labor Day.

Another beautiful spot along the way is Summit Lake, located at 13,000 feet and also part of Denver’s Mountain Park system. Near this alpine lake, you can hike a quarter mile to the ‘official’ summit at 14,264 feet.

You’re likely to see mountain goats and bighorn sheep along the way, both having herds on Mount Evans.

Breathing isn’t easy at these altitudes, as oxygen is limited, so it’s important to take it as slowly as you need to. UV protection is also limited at this altitude, making it extra important to wear sunscreen. Additionally, it’s advised to be off the mountain before midday due to thunderstorms being common in the afternoon.

Nearby Pikes Peak also has a road that goes all the way to its summit, known as Pikes Peak Highway. However, the Mount Evans Scenic Byway differs in several aspects. For one, it begins at an already high elevation (10,600 feet), and the climb is steeper. In addition, Mount Evans is more remote than Pikes Peak, and the route there is narrow and bendy (Hwy 103 off I-70) through a little traveled region. This has caused fewer to visit Mount Evans and the mountain to be less commercialized. Other than at the parking area, there are no facilities. However, the remoteness and lack of commercialism generally makes for a more peaceful drive.

Beginning the day after Labor Day, the Mount Evans Scenic

Byway is open from Echo Lake to the upper Summit Lake until the first weekend in October. Weather conditions may mean closures, so it’s a good idea to check the US Forestry Service website before solidifying your trip.

Another scenic byway about forty miles from the Mount Evans Scenic Byway is the Guanella Pass Scenic Byway, which runs between Grant and Georgetown, CO. This former silver mining town features pristinely preserved Victorian architecture surrounded by magnificent scenery. If you decide you want to extend your day trip, you could stay in one of the town’s historic hotels and dine on anything from Mexican food to bar grub, and everything in between.

If you’re returning to Denver after driving the Mount Evans Scenic Byway, you can take scenic Highway 103 east over Squaw Pass, making a loop back to Genesee Park off of I-70, another Denver Mountain Park. Here, you’ll see a herd of buffalo grazing a meadow with a backdrop of snow-capped peaks.

There are two free mobile apps available, with which visitors can learn more about the byway and its interesting places along the way. There is no accessible Wi-Fi in the area, making cell service iffy. So, it’s a good idea to download the app before reaching the area. Once the app is downloaded, cell coverage and Wi-Fi won’t be needed. Downloading is easy and free, and the app is compatible with both Android and iOS.

A trip up Mount Evans offers access to a high mountain biome where you can view wildlife and alpine wildflowers, as well as glacier valleys and alpine lakes along the way. You can also take a short hike to the summit of your first fourteener! This scenic drive will certainly take your breath away – in more ways than one. 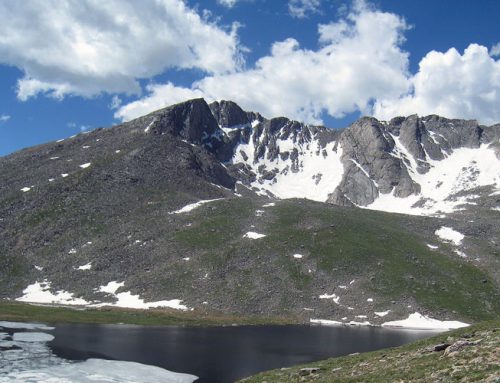 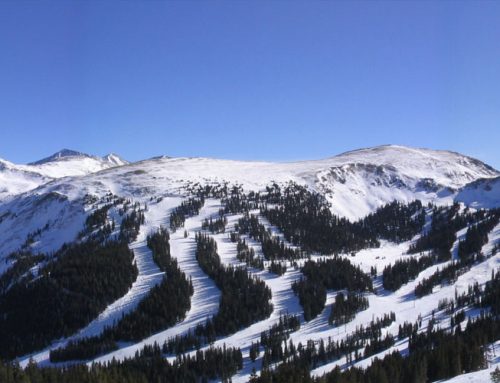 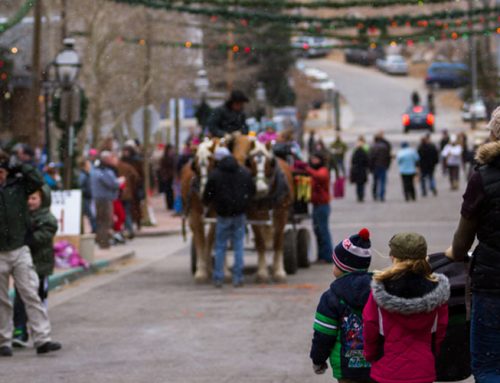 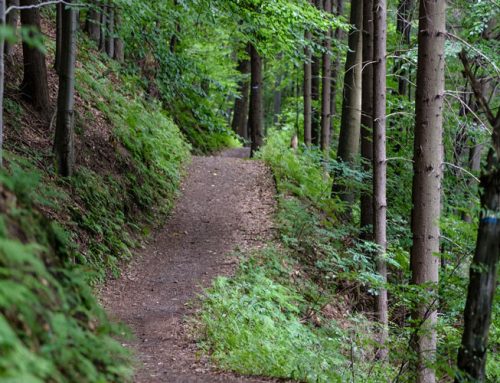 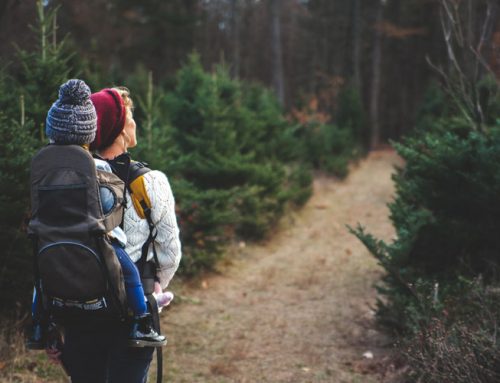